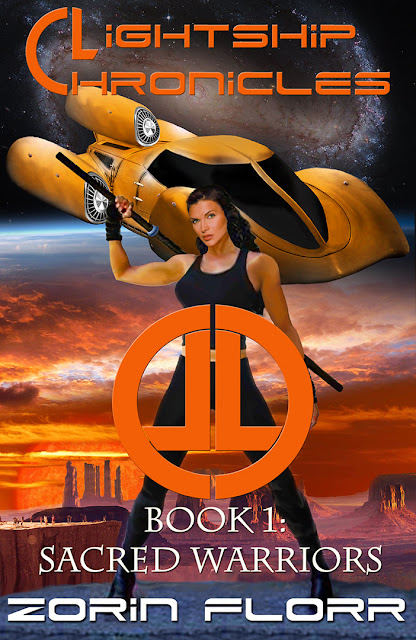 Lightship Chronicles is a young adult adventure set on the mysterious world of Carpatia. A harsh but beautiful desert land populated by two very different people, the Carpati and the Bitani. Both believe in competing myths of their history. Myths of great ancient battles fought over by a clan of mysterious Sacred Warriors against magical and very powerful Light-Fairies. Under the glowing warmth of their giant red sun, it's easy for the Carpati to believe in their beautiful myths. They spend most of their long 36 hour days living a simple farming lifestyle, in the Township built on the lower slopes of the mighty Table Mountain. The Bitani meanwhile rule over the Carpati from their futuristic city atop the massive Tabletop Mountain, and have a very different and quite mysterious perspective, yet for some unknown reason they actively encourage the Carpati to stick to their very different beliefs.

For the hard working Carpati the only respite from the drudgery of their simple days are the monthly lightship races held by the Bitani. The hovering lightships speed at more than 700kph over a 200km course that runs up the sides of mesas, through the canyons of the Crags, over the 10m waves of the Great Salt Sea, max out speeds down the Long Straight,  tumble through the Dunes, than navigate the Eastern Hills avoiding the many giant Baobab trees. It's a spectacular race unlike anything else in the galaxy, and the favorite pastime of Andee and his little brother Mykee. Both dream of being lightship pilots while watching the race from their favorite hangout, the 1000m high Outcrop overlooking The Crags. But for a Carpati to become a lightship pilot is a near impossible dream, especially now that the politics between the two people are heating up. Will Andee ever become a pilot? Will he ever figure out why the Bitani are both helping and oppressing his people at the same time? His world is one of conflicting realities and the odds are stacked against him, yet this is where the adventure begins.

Get your copy from Smashwords

Or read it here for FREE. Just follow the chapter links.

Chapter 1 : First Horizon - On this day, with this race, everything changes. Up on the Outcrop Andee encounters a phantasm of a man. Is he real or a mirage? But there is no time to wonder. A freak accident reveals Andee's hidden talents while drawing him into the complex world of the Bitani, their relationship with the Carpati, and of course at the center of it all, the lightship races. Will Andee ever become a pilot? It does not seem likely, yet here the adventure begins.

Chapter 2 : Rescue Hoppers - After the shocking end of the races Andee's neighbor, Nayaa, gives him a hard time. Later, both end up turning a simple chore into an outright adventure, revealing more secrets about our two adventurous protagonists and their mysterious world. Andee is once again confronted by that strange phantasm of a man. Is he real?

Chapter 3 : Fruity Dance - Andee and Nayaa get lost in the warehouse district, where their lives are almost cut short when they encounter something truly weird before making their escape. Later, they finally reach the Prave. At first it's all fun and games, dancing to the beat with the live action 3D anime characters, such as light-fairies and the 3D whirls that are the light show of the club. But the fun turns a twist when Andee has a mysterious encounter with a real life Bitani light-fairy, the sensuous Silestra. Meanwhile, Nayaa invents the fruity dance, to poor Gono's dismay.

Chapter 4 : Sacred Warriors - The Carpati believe in myths. Their moon has an atmosphere with clouds and visible oceans. At night strange strings of light are visible, and sometimes they change place, or disappear all together. To the Carpati they are light-fairy nests, and many believe that in ancient times a mysterious class of Bitani were sacred warriors, with the light-fairies their bitter enemies. This is a story encouraged by the Bitani, even taught in school, but Andee resents it, until he meets the mysterious Brothers of the Bitani. Are they the true sacred warriors?

Chapter 5 : Gay Sex - Nayaa has personal issues. She engages Andee's mom, Adinaa Star, for some help. Later, she and Andee go on a quest to unravel a mystery connected to the incident at the races that has turned Andee's life inside out.

Chapter 6 : The Junker - The Governor of Grand Bitania has Andee on his radar. At the next big race Andee is staggered to discover who's been watching him, and how. His friends too are shocked by this twist of events, but their worries are forgotten, sucked in by the greatest race they have ever seen. The long and detailed account of this race is something truly unique, and after this, you will never forget 'The Junker'.

Chapter 7 : Animebot - The night continues. After the most mind-blowing race of all time, all head for the Prave. It's party time, but the fun gets completely out of control, for both Nayaa and Andee, in such an extreme way that it alters the paths of their lives forever.

Chapter 8 : Art Of Parza - Andee shows off his Animebot to his friends causing concern. Later, both Andee and Nayaa reveal a tremendous secret about themselves that will forever change the course of this story.

Chapter 9 : Doggstar - Nayaa discovers novel uses for their new Animebot. Andee encounters the mysterious phantasm of a man, who seems to be invisible, or is he? But the encounter turns into one of the most shocking twists so far. While Andee and Nayaa encounter the shock of their lives, Rico is smacked by his own. Who, or what in the world is Doggstar?

Chapter 10 : Last Horizon - The End of Book 1. We finally get a hint of who the sacred warriors really are, and if any still exist. But one resolution turns to be a key that opens a Pandora's box of mysteries that no one in the world of the Carpati and Bitani may be prepared for. While at the same time, a shocking twist reveals something truly staggering... who is Nayaa? Who is she really? 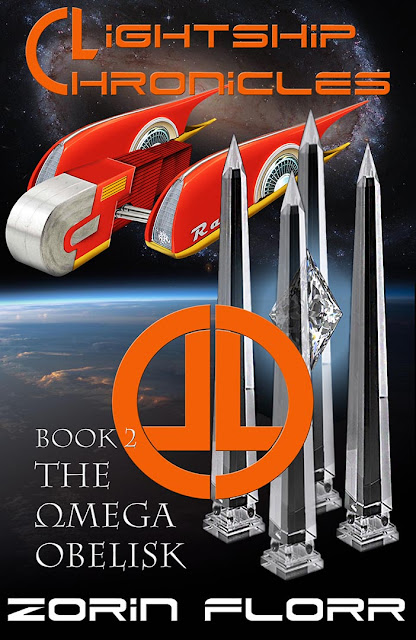 Chapter 11 : Light Fairies - We discover more about the myth of the light fairies. Ricio requests a huge favor from Andee, while Nayaa goes to a bar. There, she is confronted with animal juice and other unpleasant things, and ends up having to "clean up".

Chapter 12 : Mystery of Parzor - We get in insight into the Castle up in the city and Sentinel training. Andee and Nayaa struggle to resole the mysterious connections between Parza, Parzor, Husarii and Sacred Warriors.